Visualizing the People of Selene’s World 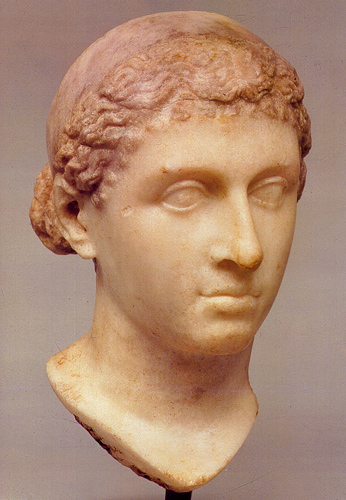 Bust of Cleopatra in the Altes Museum. Cleopatra VII was a Ptolemy. She came from a long line of Greek rulers who had ruled over Egypt since the death of Alexander the Great. 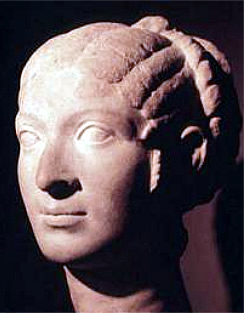 An image of Cleopatra and Caesarion, her eldest son who was fathered by Julius Caesar. 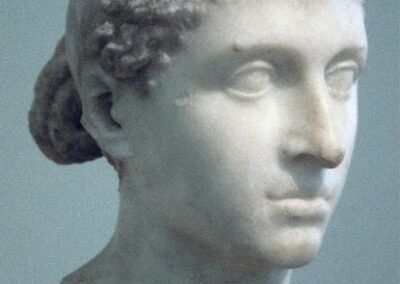 Sculpture of Marcus Antonius, better known as Marc Antony, Cleopatra’s lover and the father of her three children. 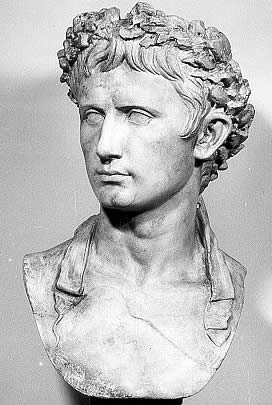 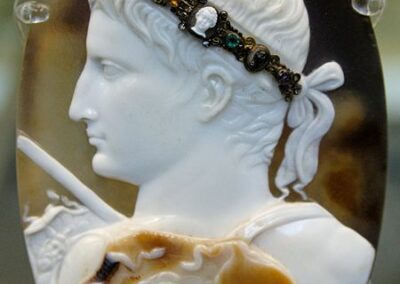 This cameo depicts the Emperor Augustus. 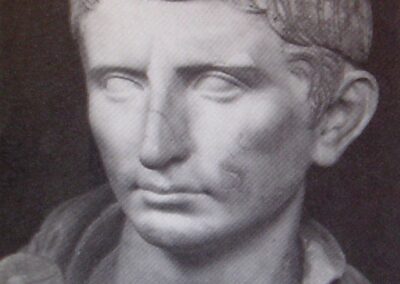 Even after he became Augustus, Octavian retained his youthful looks if sculptures are anything to go by. 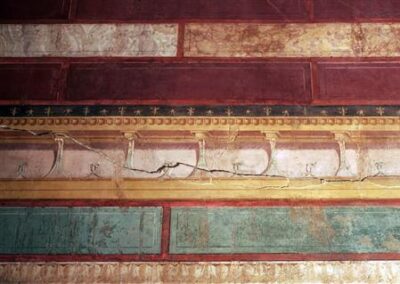 Frescoes from Augustus’s villa on the Palatine Hill, which were recently reopened to the public. 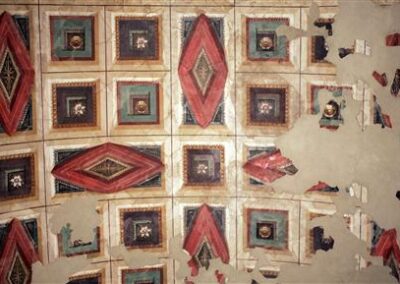 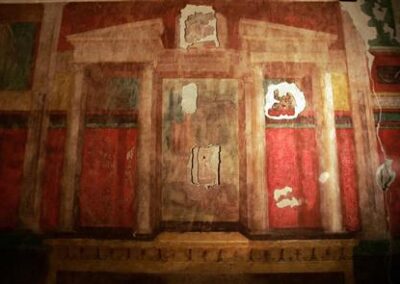 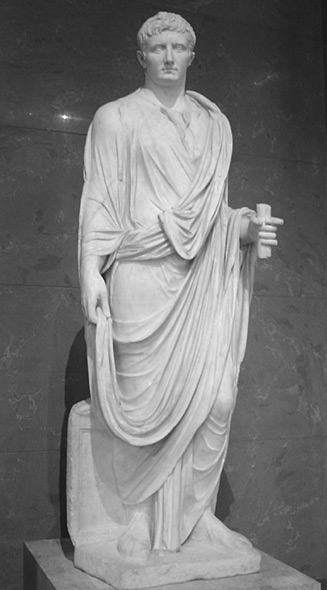 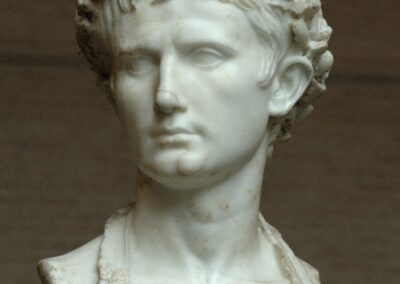 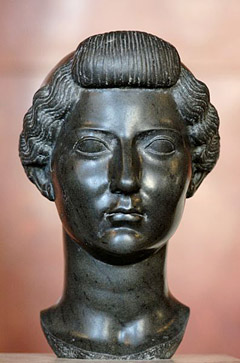 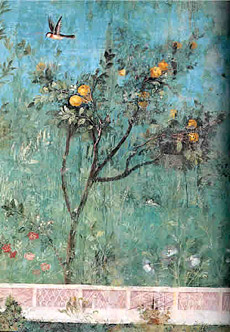 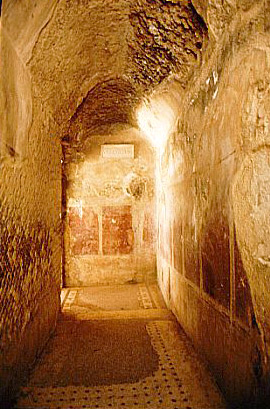 In the remains of Livia’s house archaeologists discovered beautiful frescoes. 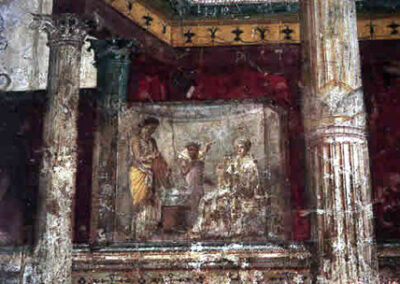 A bust of Agrippa from the Pushkin Museum of Fine Arts, Russia.

From the Louvre Museum, Paris. 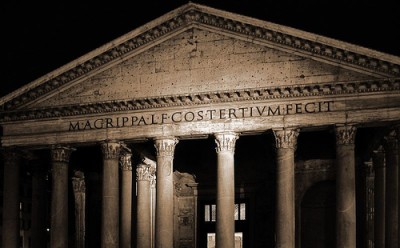 Agrippa’s name (the “M” stands for Marcus) can be found etched into the pediment of the Pantheon. Agrippa was famous for his building projects, and the Pantheon was one of them.

The bust of Octavia in the Ara Pacis.

Vipsania was the first and only true love of Tiberius. Her father, Agrippa, was the Emperor Augustus’s closest friend. 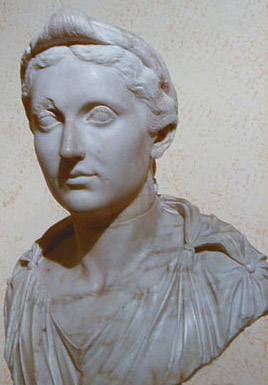 Julia in Her Older Years Although beautiful and charming in her younger years, life was not easy for Julia, despite being the daughter of the Emperor. The strain clearly shows on her face in this marble bust. Although Julia submitted to three marriages aimed at advancing her father’s political goals and produced six legitimate heirs, her father banished her from Rome 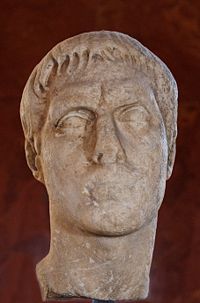 A bust of Marcellus in the Louvre, Paris. 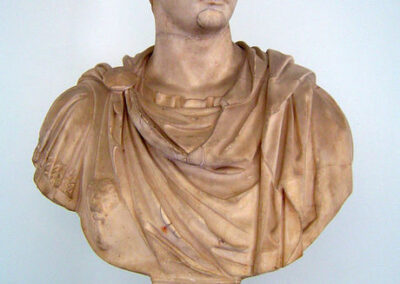 Bust of Tiberius, Palermo. Tiberius was Livia’s eldest son from her first marriage.

Eventually, Tiberius inherited his step-father Augustus’ kingdom and became the Emperor of Rome. 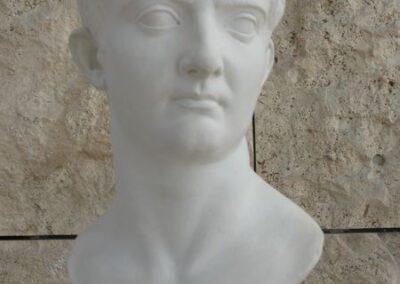 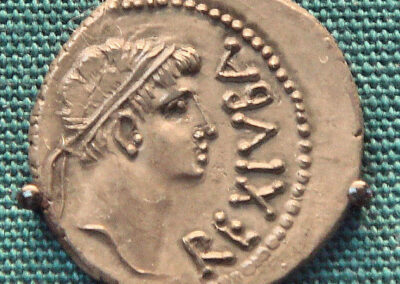 This coin, currently in the British Museum, depicts the head of Juba, who had been made king and was thus allowed his own coinage 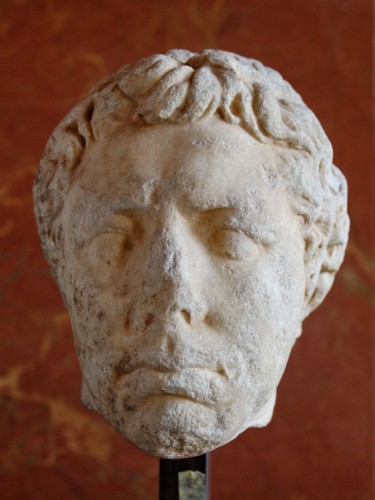 From the Louvre Museum

Juba I was the King of Numidia 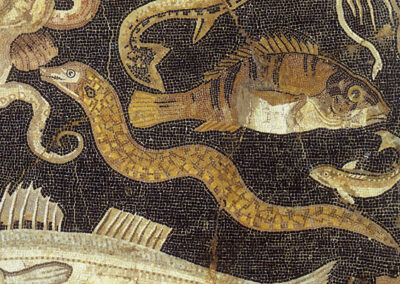 Although there are no remaining busts of Pollio or his wife, the story of Pollio’s eel pool lives on. In this mosaic, eels swim among the fish, just as they did in Pollio’s home-made lake.

Verrius Verrius Portrait of a Woman with a Stylus This mosaic from Pompeii depicts a woman with a wax tablet and stylus. The freedman, Magister Verrius, would have used both of these items in his classroom. 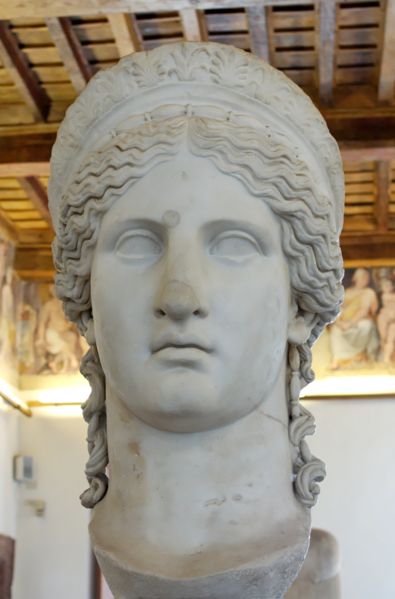 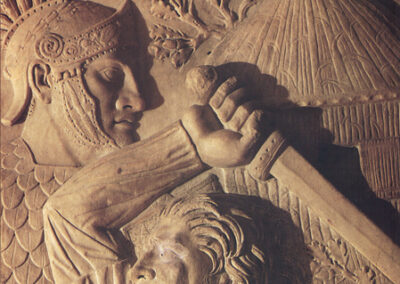 Monument This monument depicts Vercingetorix, King of the Gauls, at battle. He is the man at the bottom with long flowing hair. 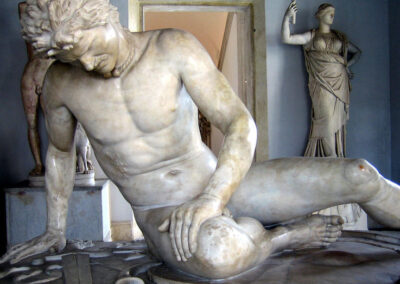 After Caesar (and subsequently Octavian’s) defeat of the Gauls, tens of thousands of men and women were brought to Rome to become slaves. Today, we would know the Gauls as French, Swiss, Belgian and Germanic. One out of three people in Rome were enslaved. Most of them were Gallic and Germanic in origin, although any conquered tribe could be brought to Rome as slaves.