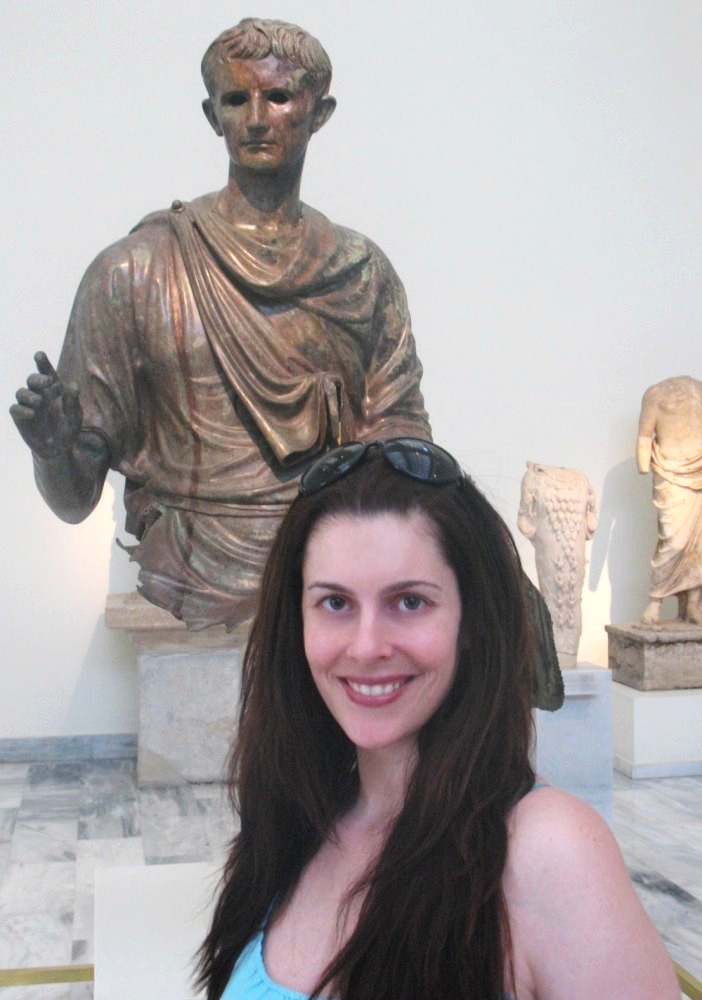 Michelle Moran is the international bestselling author of seven historical novels. A native of southern California, she attended Pomona College, then earned a Masters Degree from the Claremont Graduate University. During her six years as a public high school teacher she used her summers to travel around the world, and it was her experiences as a volunteer on archaeological digs that inspired her to write historical fiction.

In 2012 Michelle was married in India, inspiring her seventh book, Rebel Queen, which is set in the East. Her hobbies include hiking, traveling, and archaeology. She is also fascinated by archaeogenetics, particularly since her children’s heritages are so mixed. But above all these things Michelle is passionate about reading and can often be found with her nose in a good book. A frequent traveler, she currently resides with her husband, son, and daughter in the US. Her books have been translated into more than twenty languages. 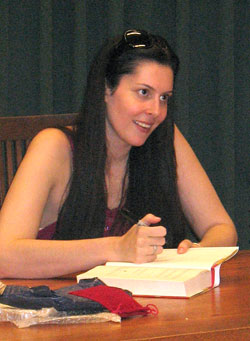 Q: Have you always wanted to be a writer?

Yes. Some authors come to writing by chance, some after graduating college or working for a while. For me there was never any doubt about what I would do as a career. I think my teachers felt the same way. I can remember being in third grade with the toughest teacher in the world and hearing her voice echo in my mind like a scene from Ferris Bueller’s Day Off. “Michelle… Michelle… Michelle?” Only I wasn’t physically absent like Bueller. Just mentally! When I write, the scene unfolds in my mind like a movie, only I’m the director. I can listen to characters’ dialogue, then tell them to stop, do it over, say the words differently, or strike a different pose. In an academic setting this can be a problem, because instead of learning Calculus I’m watching a movie, only it’s a movie with endless possibilities because I create the scenes.

Q: How long did it take you to get published?

My first attempt at getting published was in seventh grade, when I was twelve. So I guess I can say it took me fifteen years. I had written a full length book that was probably pathetic but everyone praised it and my father hailed it as the Next Great American Novel. My father was very good at ego-boosting. But no one knew how to go about getting published, so I went to my local Barnes and Nobles and asked them how. And instead of laughing, the bookseller took me to the writing section and I purchased the current edition of Writer’s Market. From then on, no agent or publishing house was safe. I learned how to write query letters and regaled them all. And some of them sent personal letters back, probably because I had included my age in the query letter and they either thought a) this kid has potential or b) this is sad and deserves at least a kind note. I went on to write eleven more books before writing Nefertiti, which would eventually sell to Random House.

Q: Did you have any publishing experience before your success with Nefertiti?

A little. Right out of college I wrote a book called Jezebel. It landed me an agent whose foreign rights department (headed by Danny Baror) sold it to Bertelsmann, the German company that owns Random House. But it was only published in German.

Because that’s how writers make much of their money— by selling their work not just in America but around the world. Depending on whether your agent has retained World Rights, a writer might find herself selling her manuscript seven or eight different times, to multiple countries in multiple languages.

Q: Did you know any authors before you were published?

No, but after I sold Jezebel I had the fortune to be wandering through the Borders bookstore in Claremont CA and see Robin Maxwell touring for her latest historical fiction, which at the time I believe was Virgin. So I summonsed up the chutzpah to go over and tell her I was an historical fiction author too— at the ripe old age of 21! Hey, so what that I had only sold a book in German and my current agent wasn’t returning my emails? I was still an author, right? And, again, instead of laughing (or worse), she gave me her number and told me to call her with questions at anytime. We talked every five or six months or so after that, and she was a great inspiration to me. Since then I’ve been to her ranch. She lives in a beautiful expanse of desert with her husband, who’s a yoga instructor.

Q: Where are some of your favorite places to travel?

France tops my list, and I mean anywhere in France. Paris, the Riviera, Normandy, Saint Symphorien, the Languedoc region. Then Italy, particularly Venice, and finally Vienna in Austria. I could live in any of those places easily, and someday probably will.

Q: If you weren’t a writer what would you want to be?

A teacher. I taught in a public high school for six years and nothing could be more rewarding than exposing young adults to historical fiction and many other kinds of reading and writing. Many people talk about teaching with an abundance of clichés. You can change lives, you can open doors, you can etc etc. But for me, those clichés were all true.

Q: Any advice to aspiring writers? 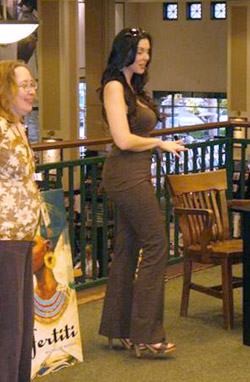 Keep writing. If at any point along the way I had stopped writing and said to myself, you know, I think book number eleven will be my last, I wouldn’t be published. Writers don’t like to hear this, though. I know when I was looking at writing advice and I would see this posted somewhere I would think, well that’s helpful. I wouldn’t have thought of that. But the truth is there’s no good-ol-boys-club and there’s no backdoor into the publishing industry (unless you’re already a star). Good work sells, and if it doesn’t, write another one, then maybe once you’re a success they’ll haul out all of your old books that weren’t worth publishing the first time around, spruce them up a little, and voila, all of your previous efforts won’t have been wasted. Or maybe you’ll look back on those books and think, wow, they knew something I didn’t. My work has gotten better. And then you’ll hide those first eleven books in a closet somewhere (or a craftily labeled folder in My Documents so that no one ever finds them).